Gordon B. Lankton, Chairman of the Board of Nypro Inc. 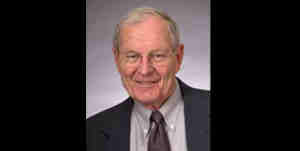 Gordon B. Lankton is Chairman of the Board, Nypro Inc.  An engineering graduate of Cornell University, he worked for DuPont and the Stanley Works before joining Nypro in 1962 as general manager and co-owner when the company had $600,000 revenues. Since then, and after buying the rest of Nypro in 1969, Gordon has overseen Nypro’s sales growth to its current billion dollar level. Gordon is a member of the National Plastics Hall of Fame, a founder and former Chairman of the National Plastics Center and Museum, and has received a number of lifetime achievement awards from the Society of the Plastics Industry, the Society of Plastics Engineers, Cornell University, the Entrepreneur of the Year competition, Plastics News magazine and others. He was a member of the Board of Trustees at Worcester Polytechnic Institute. In 1998, he sold his Nypro stock to Nypro’s Employee Stock Ownership Plan (ESOP), creating one of the largest U. S. employee-owned companies. In 2007, he founded the Museum of Russian Icons in Clinton, with the largest collection of Russian icons publicly displayed outside of Russia. The museum has rapidly become one of the major tourist destinations in Central Massachusetts, attracting hundreds of visitors weekly from all over the world. In 2009, Industry Week magazine named Gordon to its inaugural class of ten in the Manufacturing Hall of Fame.

IN THE SPOTLIGHT INTERVIEW

1. Please share with us what prompted your creation of Nypro Inc.?

Gordon: I’ve been a collector since I was 8 years old and collected all of the US pennies. I had a complete collection that I gave to one of my daughters.

Then, as a boy scout, I collected WWII posters when the Japanese were bombing Pearl Harbor, and our troop was asked if would deliver way posters to the shops around town in the windows. Keeping one of each poster for myself, I now have a complete set now of those .

I also collected art from my motorcycle trip around the worlds in 23 countries.   During that trip, I was not able to enter Russia, so when I finally got to Russia 30 years after my motorcycle trip, I heard about icons right away and was interested.  I was traveling to Russia every few months for Nypro and while there, I read an article in a newspaper about Aloyna Knzveza opening up an icon painting school – the first painting school in a 70 year period without icons in Russia.  Alyona got me interested in icons and I fell in love with them. I started collecting them in 1989 have continued ever since!  I built the Museum of Russian icons 6 years ago and we have over 500 icons; the largest icon collection in North America.

2. There is no typical day in the life of an entrepreneur. Please share with us a sample of your day, start to finish.

Gordon: At the moment, I am phasing out of my business of 50 years in the plastic Industry where I was CEO of Nypro Plastic Molds, the largest molding company of plastics. In those days, I was very busy with the business, finding customers, quoting prices, and making profits.

Now, my days are split between my hobbies which are icons and African carvings. I basically come to work in the early morning 5-6am and do my work at the plastic office, and then I go over to the Museum at about 10:30 to talk with the staff and visitors there.  During the meantime, I have many phone calls with people who are interested with icons. No day is ever the same!

3. What are your ‘can’t live without’ Smartphone or desktop applications?

Gordon:I am not computer literate. I’m 82 years old and I’m probably not going to be using smart phones or desktop computers, and I don’t think I ever will. I have basic cell phone which is as good as it’s going to get.  I would probably be much better off if I learned about technology when I was younger, but I’m getting by without them.  That’s all an old guy can do!

Ironically, enough Nypro made Blackberry’s plastic cases for their phones so I’m somewhat connected to the technology world…just indirectly!

4. What are your tricks for time management?

Gordon: My main trick these days is if I’m going to get things done, I need to get them done immediately.  Take for instance this interview – I learned about it 5 minutes ago!    I also work best in the very morning with I’m sharp- I come in early when no one else is around and then do more work at night where I can focus.

5. What was the best advice you received when you started your career?

Gordon: Funny you should mention that!  I was taken to a psychiatrist because my parents didn’t know what career advice to give me.  He told me that I should either be a patent attorney or mechanic engineer and gave me colleges to visit such as Cornell and Purdue.  Then I talked to colleges that provided those majors and settled on Cornell, which is where I went to become an engineer major.

6. Given the current economic climate, what has been your strategy for building awareness of Nypro Inc.? ( what you do for short term and long term growth)?

Gordon: We find and buy the best icons that we can find anywhere in the world which is basically Western Europe (you can no longer take icons out of Russia as they are now considered a national treasure). I go to western Europe and Moscow every four months and have been doing that for 22 years so I constantly am looking for outstanding Russian icons and, if I can find the best, I buy them.

We have increased our marketing efforts in the last six years at the Museum as we find that word of mouth is the best way for people to visit.

7. What is your proudest achievement as an accomplished entrepreneur?

Gordon: I have a good time doing what I’m doing and I don’t have any other major achievements other than trying to convince people that business is fun and find the best way to do it.  Also, I think that over the years that I kept my customers happy all the time and worked hard!  We built the largest and best plastic molding firm in the US out of 2,000 or so that existed over the last 50 years so we’re doing something right!

8. How do you achieve balance in your life?

Gordon: I sleep a little bit which is necessary and I constantly try to balance my time between work and study.  I’m not a good reader so I learn most everything from people and I pick people who I consider the best and learn from them and how they live their lives.

Gordon: I’m sorry to inform you that I’ve always had an eye condition and it’s not practical for me to read books so I try to get my knowledge from others.

10. What are your most rewarding charitable involvements?

Gordon: You probably wouldn’t classify this as a charitable involvement but during my motorcycle trip around the world, I lived among the downtrodden people of the world for 9 months and learned a lot about them. When I came home, I was a misfit in society but I was very able to work with the working class in the factory and the others in the community.  That trip made me whole I am today and the lessons that I learned helped me in my success.

As the founder of the The Museum of Russian Icons and the Gallery of African Art, we strive ourselves in helping colleges, schools, interest groups, or just visitors  and educate  them daily on what we have here.

In my personal like, I am also an active Rotarian in Clinton and have done that for 50 years. I was on the board of trustees at WPI for 25 years.

11. Who has influenced your career the most?

Gordon: I cannot pick out one person who has influenced my career the most.

12. What is your advice for someone interested in entrepreneurship?

Gordon: Most importantly is that successful entrepreneurs have to like people and they have to spend time with people of all levels high and low. Try to develop friendships that bring together the best employees that anyone can find to manage the business.

Jennifer Gilbert, Founder of Save the Date & Author of “I Never Promised You A Goodie Bag”

This site uses Akismet to reduce spam. Learn how your comment data is processed.